Comments: Another Heath Brothers classic – interesting research put masterfully together to make a simple point -> take the time to think about how we use numbers to make a point. There’s a lot of upside to getting it right.

That difference surprised me as it wasn’t what I expected. A billion is significantly bigger than I had imagined.

We don’t have an intuitive understanding of big numbers. The implication is that we need to make the effort to always put numbers in context for the people we’re presenting to.

(2) Some “translations” that resonated:

If cows were a country, they’d be #4 in Carbon emissions. They emit more than Saudi Arabia or Australia.

If California were a country, it’s GDP would be more than all but 5 countries in the world.

Six sigma is 3.4 defects per millions. That means baking 2 decent chocolate chip cookies every day and going 37 years before baking one without a defect.

If everyone ate as much meat as a person in America, we would need to use every bit of land on the planet and add an extra Africa and Australia to meet the demand

Imagine your (US) tax payment is visualized as employment over the course of a year. It would mean working 2 weeks for social security, 2 weeks for Medicare and Medicaid, 5 days on national debt, 1.5 weeks for Defence, then most of the rest of the year would be government payroll, 6 hours for “SNAP” (Nutrition assistance), 12 minutes to National Parks, and 2 mins to NASA.

Comments: This is a fantastic book on writing. A true masterpiece. As an added bonus, it has plenty of wisdom about skills, practice, and life.

Why are we talking about sentences?
Why no talk about the work as a whole, about shape, form, genre, the book, the feature story, the profile, even the paragraph?

The answer is simple.
Your job as a writer is making sentences.
Most of your time will be spent making sentences in your head.
In your head.
Did no one ever tell you this?
That is the writer’s life.
Never imagine you’ve left the level of the sentence behind.

Comments: I think this book is a good place to start if it is one of the first books you read about leadership and culture. Dan Coyle pieces together many wise notes – the importance of vulnerability, psychological safety, sharing appreciation, etc. – with a collection of good stories. It just didn’t work for me.

Insights that resonated: Trust in a team is proportional to psychological safety. 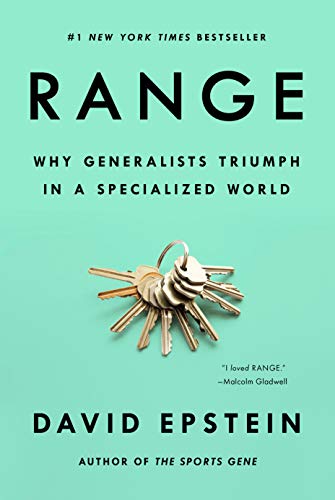 Comments: I think this book is an important read as it is an antidote to the “start early and specialize as quickly as possible” advice that is sometimes peddled. While it might appear that David Epstein is against the notion of deliberate practice and specialization, I didn’t take it as such. Instead, his push is for us to appreciate breadth and the meandering path we might take to figure out what we want to specialize in. He makes the case (repeatedly) that the meandering path gives us the range to make the specialization count.

1. Breadth of experiences are both key and undervalued. So, take the time to choose where you’d like to focus.

2. Lean into what your experiences have given you. And, also remember to lean into the experiences you are presented with. The dots only connect backward.

3. There is no such thing as “falling behind.” Comparisons are useless too. You are on your own unique path – one that will be defined by the range of skills you develop.

Comments: “Marketers help drive change for the people they serve. Change happens with trust and tension.” All of Seth’s work drives home a few vital points – if we seek to drive change for people we serve, we are marketers. And, in the long run, our ability to be good marketers comes from consistently acting in a way that wins trust. And, we win trust by behaving in a trustworthy manner in whatever we do.

In many ways, Seth’s book was a “1 – Read ASAP” before it even showed up at my table because Seth has won my trust through years of daily writing on his excellent blog. His brand shines through. I expected it to change how I think about marketing.. and it did.

Finally, in the spirit of being targeted at an audience, this book is for fans of Seth’s blog. And, it delivers if you are one. :)

Comments: Simple, profound, life changing. Someone I know describes this as “algebra” for communication – a must read for anyone who communicates (i.e. all of us). I think that’s a great description. Putting this book to action will be my top focus in 2019.

Comments: This is my second review of this book after a first read ~7-8 years ago as it felt like I was reading this for the first time. I decided to re-read this book as I was getting some feedback about a lack of clarity in a couple of strategy documents I presented at work. This book made a marked change in my outputs in the second half of the year by simply pushing me to commit to rewriting once I put the ideas down. It is book I’m going to be reading again.

Comments: Awesome book by a former national chess champion and child prodigy who then became a Martial arts champion. The depth of insight in this book blew me away. 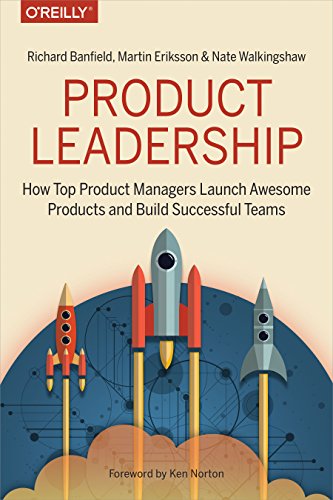 Comments: There are few good books written on technology product management. So, I’d still recommend folks in product management to read it. However, the biggest challenge I had with this book was that it felt like a collection of quotes from various PMs around the world. I wish there had been more of a central thesis or hypothesis laid out.

1.  Product Management is the intersection between business, user experience, and technology.

Business: Primarily focused on optimizing a product to achieve business goals while maximizing return on investment
Ux: Voice of the customer and must be passionate about the customer and their problems.
Tech: Understand the stack and the level of effort involved.

2. The best roadmap is a strategic communication artifact that is focused on the big picture and conveys the path you’ll take to fulfill your product vision. Split roadmap into themes based on customer problems