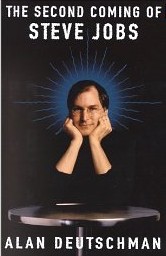 Comments: A fascinating read. I hardly ever wanted to put it down.

The book helps give a clear picture of the genius that is Steve Jobs. Jobs is portrayed as the bright icon (which he is!) but it is also interesting to understand what makes the man the icon that he is. Also, the book takes us through the years before the success of Pixar when he struggled with himself following his ousting from Apple in 1985. The only caveat here is that the book was published in 2000. So, it doesn’t take us through his period of illness, the iPhone, iPad etc. It is more of an insightful deep dive into the complexity of his personality and the roots of his genius..

1. This book clearly brought to mind the quote – ‘The brighter the picture, the darker the negative’

2. Steve Jobs took a lot of the credit for Pixar when the real creative genius was John Lasseter. Where Steve Jobs was incredible was his negotiations with Disney and his decision to take Pixar public right after the release of Toy Story. The interesting thing to note here is that Steve had close to nothing to do with the success of Pixar as an animation studio. He was kept busy with NEXT (which was a failure) and every time he tried to get closer to Pixar, he was literally pushed away by the Pixar team, which were moulded in John Lasseter’s image. However, Steve’s big ticket was, of course, his initial investment of 10 million.

It reminds me of a learning I had when playing poker with friends. The first big win gives us ‘cushion’ to experiment and try new things. This ‘cushion’ and increased experimentation allows us to take some big risks which have a higher chance of reaping dividends as the number of people who take that risk are lesser (how many would have had 10 million spare change in 1985 to invest in a group of animators?).

3. As great as the man was as an innovator and a visionary, I don’t think I would have been happy working for him. At the end of the day, he was yet another insecure over achiever..