Comments: The One Thing was a pleasant read. It felt like a “starter” self help book. Lots of interesting ideas packaged in a “how to,” without much focus on “why.”

At any given time, it will feel like you have many things you need to make progress on.

Take a step back and ask yourself – what is the ONE thing you need to focus on?

Then, make progress on that.

Comments: Peak is the culmination of the life’s work of a legendary researcher – Prof Anders Ericsson. Prof Ericsson has single handedly changed our understanding of performance and expertise. It is a lovely read – well written and flows beautifully. The only reason I have it as a category 2 is because author Geoff Colvin did a good job of bringing Prof Ericsson’s research to the mainstream with “Talent is Overrated.”

1. There is absolutely no evidence for innate talent beyond a few physical advantages in certain sports. The dark side of this is denying kids the opportunity to get good with very little evidence (think Outliers).

While the average IQ of scientists is higher than the average person, there is no correlation between IQ and scientific productivity. Richard Feynman, one of the most brilliant physicists of all time wouldn’t make it to MENSA with his 126 IQ. Researchers have suggested that the minimum requirements for performing capably as a scientist are around 110 – beyond which there is little or no additional benefit. It is unclear if this requirement is one to succeed as a scientist or to do the writing and admission tests required to get a PhD.

Similarly, for some sports, one could speculate about some minimum talent requirements – e.g. some basic physical traits such as height and body size. Beyond that, however, practice trumps everything else.

We might be born with preference for music over sports, for example. But, that counts for little if we don’t practice it.

Comments: A super practical and applicable guide to willpower.

1. There is no point beating yourself up for a willpower failure. We do better when we learn to be kind to ourselves.

2. Pay attention to your thoughts and accept them. Just remember that you don’t have to act on them. Resisting thoughts is a bad idea.

3. The best long term solution to willpower is mindfulness when you feel cravings. That’s how you learn to conquer them.

Comments: Malcolm Gladwell is a masterful writer and weaves together many stories into a compelling book that asks us to rethink our traditional ideas of what constitutes an advantage.

1. You may be better off being a big fish in a small pond. More people get discouraged and depressed being average at a top institution.

2. David and Goliath was a mismatched battle. As a slinger, Goliath actually stood no chance.

3. There is such a thing as a desired level of adversity. That’s how character is built.

Comments: I love Cal Newport’s thought process and approach to excellence and the idea of optimizing life for “deep work” is one that has stuck with me.

This book approaches the “Deep Work” idea exhaustively. I’ve put this as a priority 2 book simply because it is important you ease into this as this is more a “how to” book and requires the context before you buy into the hows and whats. The first step would be to read “So Good They Can’t Ignore You” by Cal Newport and then read this.

1. The quality of your life is likely directly proportional to the amount of time you spend in deep work. A deep life is a good life.

2. Attention residue is the biggest problem with small distraction. Our brain takes time to switch between tasks and this task switching drains us.

Comments: Powerful book that is best characterized by a single powerful insight – most CEO failures are really failures of self awareness. It is hard for senior leaders to be self aware because, as you move up, your jokes become funnier and your insights become more insightful.

I didn’t do a book summary but did reflect on the takeaways from the book – that’s here. 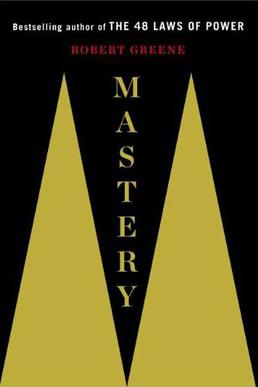 Comments: Good book overall. Greg’s concepts and thoughts definitely resonated and felt consistent. However, I felt that the book repeatedly prescribed ways to do things and hardly ever spoke about the psychology or the “why” behind things. In that sense, I felt it lacked the depth I’d have liked and often skated over the difficult stuff. And, I felt it was often a collection of lists without structure. (as a good illustration, I had to go back to the book notes to write my 3 top learnings..)

1. A lovely story about Stephen Covey prioritizing his daughter above a friend who he ran into. The learning here was that we need to learn to say no to stuff we don’t prioritize so we can say yes to the stuff we do prioritize

2. Mission statements need to be concrete and inspirational (think of them as a 2×2)

Comments and Learning:
1. This is a very important book – designers all over have probably read this book. I think of it as a must read if you are interested in anything to do with design. I read this as I was thinking of product design.

2. If a user keeps making an error when using your product, the problem is with your product.

Comments: I think the Heath brothers are the best business book authors out there. Made to Stick was brilliant. They managed to surpass it with “Switch.” And, against the odds, they’ve delivered another great book.

As always, a perfect blend of stories, research “wrapped” in an easy-to-remember and apply framework. I’ve begun implementing the learnings from this book already and I’m sure it will go on to be a very important part of my decision making.

(Add on Mar 16 2016: Quick add more than a year after writing this post: This book did impact my decision making and I carry the WRAP framework card in my wallet. )

Instead of 3 learnings, I’ll share a somewhat long overall synthesis. Please ignore the formatting – this is just a copy paste. You’ll see a better formatted learnographic on http://www.learnographics.com soon. :)

The first step to decision making is understanding the difference between kind environments and wicked environments.

Kind environments – where feedback is clear, immediate, and unbiased by the act of prediction. e.g. the weather.

Wicked environments – where feedback is unclear, delayed and biased by the act of prediction. e.g. stock markets, new products introductions.

“Gut” works well in kind environments e.g. if you are well trained in chess/football, you know there are only so many different possibilities. So, your gut is an important data point.

In the stock markets, however, the gut might be a data point but doesn’t suffice.  Life is also a wicked environment. As a result, we tend to make decisions with narrow frames and overweight the short term.

If you were to make a quick spur-of-the-moment decision, I’d suggest a quick version of the WRAP process

A – Identify and refer to your 3 core priorities